The first world exhibition is in full swing. The American Charles Hobbs has just pickled Jeremiah Chubb's Detector Lock and Joseph Bramah's front-end lock. These two mythical locks are defeated for the first time, the English are humiliated on their land. Charles Hobbs becomes a "superhero" in the space of a few weeks.

At the closing of this exhibition he bought the "Aubin's Trophy", a mechanical masterpiece made up of 40 English-made locks. After a few years in England, Charles Hobbs decided to board the Great Western to return to New York. But Queen Victoria hears that the Aubin's Trophy stays in England.

Charles Hobbs left to look for personal effects at the laundry he will be back in an hour.

Your mission is to take the trophy and bring it back to the Queen of England, she is counting on you.

God save the Queen! God safe the trophy! 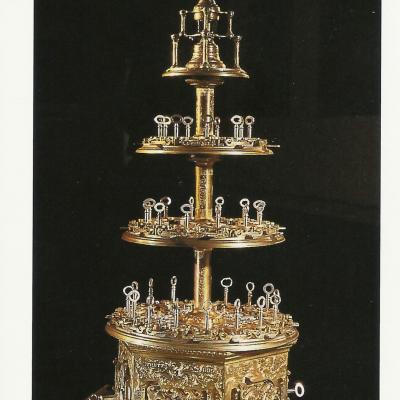 Where to find us
FAQ